Oh my goodness, I decided to weigh in today, a day early, and was so glad I did – 129.6 pounds!  I have not see the 120’s since my early college days!  Funny though, my phone apparently weights 4 ounces, which put me at exactly 130 pounds, my goal weight, and just in time for Hawaii!  I am so excited…

So given that I’ve reached my goal weight, I’m adding back a few whole-grain carbs at breakfast and lunch for the remainder of the Detox to ensure I can get through my work-outs.  I guess this seems counter-intuitive, not to stick to it and lose a few more, but I’m comfortable sticking to a healthy, slow weight-loss and don’t want to give up my workouts for the rest of the week.  (You should not do strenuous exercise on Detox due to lack of calories.)   At this point, I’m setting aside the scale and just focusing on my continued efforts of healthy eating and regular exercise.  I figure my weight will end up wherever is my ideal weight.

So my meals today are basically the same, except that I added a small bowl of Honey Bunches of Oats with my breakfast, and some Kashi 7-Grain Crackers with my snack.  This should be enough extra calories and carbs to fill me up and help me through my last few pre-vacation workouts.   I actually got too full for my berries and almonds at breakfast, so I saved them for my dinner smoothie. 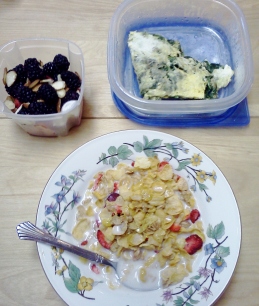 I’ve taken some before and after pictures – from December and today – but am debating whether or not to post them.  I’m partially clothed in both, and it’s really no more than you’d see at the pool or beach, but something about posting them makes me nervous!  Maybe it’s the thought of one of my employees discovering my blog, or becoming the next “WeinerGate” political scandal … ha ha ha.  Would it help everyone stay motivated if I post them?? 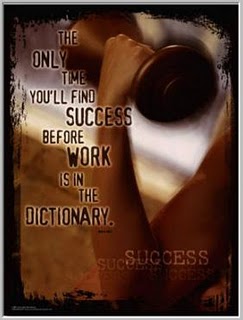 Good morning!  First of all, I succeeded at not splurging at our office party last night!!!  Thankfully they had some healthy options, so I was able to eat and feel satisfied.  I chose the salad with a tiny drizzle of Italian dressing, big scoop of mixed veggies, small piece of salmon, and a few berries.  Here I am feeling fabulously fitter, with my husband, Bill. 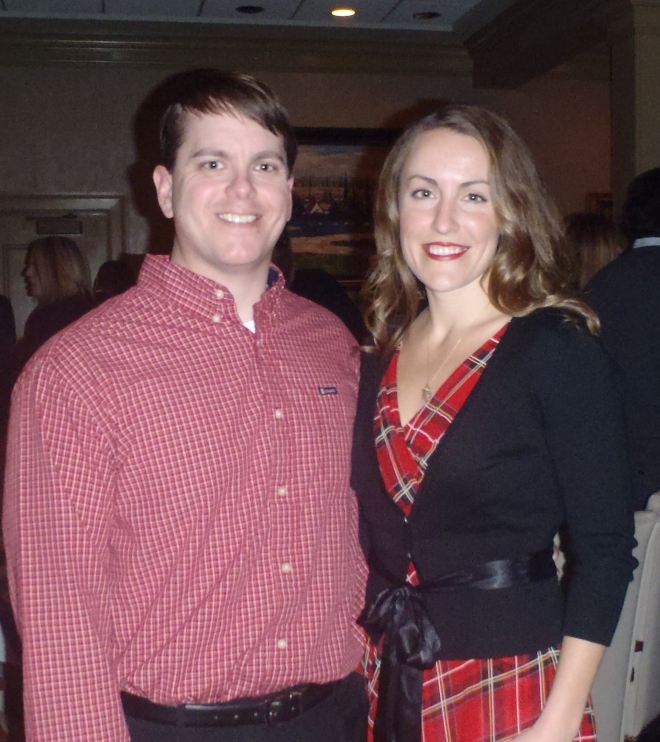 I’m up a pound since coming off Detox, but I’m not concerned.  First, it’s normal to expect that you’ll gain a bit after adding some calories back to your diet (the extra pound is just food that’s being processed in your body, not fat), and I also just started my, um, monthly visitor.  My goal is 2 pounds for next week, and then I’ll stick to 1-pound a week after that.  For those that are in a similar weight range as me and don’t have a lot to lose, keep in mind that weight loss after detox will be slower, about 1 pound per week.  OK, so let’s move on to Day 8…

I’m not doing very well this week at sticking to the book’s recipes.  I didn’t buy enough ingredients at the grocery store and haven’t had a lot of time to fix them.  I suppose I don’t have much excuse since I don’t have kids to take care of, but I’ll stock up this weekend and do better at food prep on Sunday to help me get through the week.  In the meantime, I tried to sub out items that included every food group (veggie, fruit, whole grain, protein) and was within the 300-400 calorie range.

Breakfast was the blackberry smoothie and almond toast (the book calls for blueberry, but you can use any berry). Perhaps if I wasn’t using old freezer-burned blackberries, it would have been tastier, but I ended up adding a little agave nectar and 1/2 scoop of protein powder to make it more palatable.  The toast was really good.  I would never have thought of that for breakfast!

Lunch was Kashi’s Tuscan Veggie Bake, a tangerine, and a few almonds.  The entree was pretty good, although not as good as their Mayan Harvest, which I did a review on a while back.  The major downside to frozen lunches, even so-called healthy ones, is the salt.  This one has 29% of my daily value of salt!  But compared to a fast-food or vending-machine lunch, it’s a much better option when you’re in a hurry.

Although I usually make healthy homemade lunches, I like to keep a few quick meals on-hand for those days when I run out of lunches at home, don’t have time to make anything, and don’t want to rely on fast food choices.  I recently discovered Kashi’s new line of frozen entrees.  So far I’ve tried the Black Bean Mango and today the Mayan Harvest Bake.  YUM!!

I love the mixture of spicy (sauce) and sweet (plantains / bananas).  Very, very tasty.  Overall, I’d give Kashi Frozen Meals 3.5 out of 5 stars.

Negatives:  Very high in sodium, hard to find, and expensive.  My Kroger usually has them at $4.49 each, but I only buy them when they go on sale for no more than $3.49.

Welcome to my blog!

Dedicated to the lifelong pursuit of a happy, healthy, simple life.

A Registered Dietitian's passion for food and wellness

Just another day in the circus